Our Tree of Choice for Autumn: Red Oak 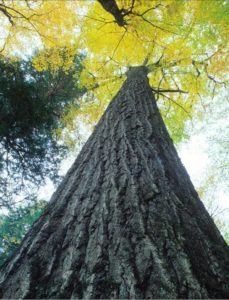 Provenance Choice: Very few provenance trials in Britain and few forest plots; seeds should be sourced either from southern Canada or from good stands in north western Europe.

Site Requirements: A shade intolerant species which is fully cold hardy in Britain and is widely planted as a specimen tree for its autumn foliage colour.  Best suited to moderately dry to moist soils of poor to medium nutrient status, and outgrows native oaks on acid sandy loams.  The species is windfirm and moderately tolerant of exposure and of drought.  This is a species which could find an increased role on drier soils in southern and eastern Britain as result of climate warming.

Timber Characteristics: Red oak has a light medium reddish-brown colour, though there can be a fair amount of variation in colour.  The timber falls somewhere between slightly durable to non-durable and is hard and strong.