Shooting and Forestry – A Match Made in Heaven? 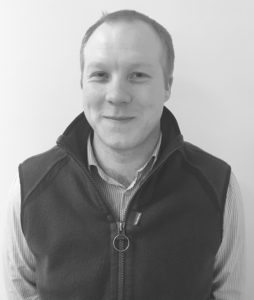 There are very few pheasant or partridge shoots in the UK which do not rely on woodland. Indeed there are many farms and estates whose only use of their woodland is to sustain the shoot and yet for many shoots there often appears to be a hesitation to actively manage woodlands.  I suspect that this is partly due to a lack of experience, the result of low value timber products and sometimes not having the courage of your conviction to undertake the right operation at the right time and to the desired extent.   What forester hasn’t gone back to a woodland, the year after it was thinned, and thought ‘I wish I had thinned this a little more!’ What also seems apparent is that there is an opinion within the shooting fraternity that thinning or clear fell areas will harm the shoot and conversely the forestry industry that ‘the shoot are in the way’!

Like all important arguments of recent times…. there are extreme opinions on both sides but I have grown up immediately in-between the two and for the life of me I cannot see why there should be any conflict.

I manage woodlands for clients for a variety of purposes across the central and southern England but in my spare time I also help to run a shoot in Oxfordshire and previously worked for the British Association for Shooting and Conservation for 6 years.  I see what the gamekeeper and the forester require from the woodlands.  The sporting and silvicultural objectives should benefit each other, and most of the time I think they actually complement one another.  The reason I say that is because forestry focuses on the long term objectives for the woodland and relies on short term operations to achieve these, whereas a gamekeeper focuses on the day to day tasks of the current season which in turn will look after the longer term objectives of the shoot.  Seems like a good fit! 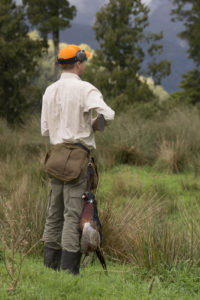 Pheasant hunter waits for the dogs to flush out a bird

Therefore, what are the objectives and how do they benefit the woodland from a silvicultural and sporting perspective?

Thinning woodlands are the bread and butter of silviculture.  Timely operations not only provide useful periodic income (especially due to the current buoyancy in the markets) but improve the form and vigour of the remaining stand of trees. By letting more light into the stand to invigorate the trees we are also allowing light to the woodland floor and encouraging ground flora (biodiversity term) or shooting cover (sporting term).  When the ground flora prospers and the keeper starts to hear grumbling from the beating team on a shoot day about the dense brambles in ‘Winford Wood’, then he knows that he may have to start cutting the cover back to be able to beat the drive effectively thus retaining access for any silvicultural operations when required.  All mutual benefits.

Internal infrastructure, whether tracks or rides, are essential for active management of woodlands and indeed the capital value of woodlands can be greatly influenced by the existence (or not) of good quality tracks and rides.  These are also hugely important to the keeper for a number of reasons including:

From a purely silvicultural perspective the annual management and maintenance of rides and tracks can be a hindrance because they may only be used for operations every 5 – 10 years and therefore the mutual benefits of tracks and rides to the shoot justify the annual mowing and rotational cutting etc. it’s not only the pheasants that benefit from the rides, these hugely valuable open spaces are where the majority of all woodland biodiversity can be found too. In order to benefit the shoot, the location and orientation of rides in relation to the sun is important.  Most woodlands have an existing ride network but when creating new rides it is essential to work out where these should be placed in order to benefit all parties.  For example, a well-positioned curved east-west ride can receive early morning and late evening sun for pheasant poults which can be vitally important to dry poults after or before a heavy night’s rain.  This not only helps with the health of the poults but also to keep them in, and near, the woodland as they mature because they know they can sun themselves each day.

Lastly, and possibly the most important, the mutual benefit of sporting and silvicultural management of woodlands is deer and squirrel control, which probably warrants an entire book on the subject.  Controlling these is essential for woodlands to establish, regenerate or mature and therefore in order for the woodland to provide the long term benefits to the shoot they should be a major priority for every keeper.  Reducing or maintaining a low deer population is essential to creating shooting cover in a woodland, but will also enable natural regeneration or reduced costs when restocking woodland; mutual benefits.  The blunt cost of high populations of fallow or red deer comes into focus when the 1.5m / 1.8m tree guards (£2.50 each) are costed for 2500 stems / ha over a 4ha planting.  The knees start to shake!

Trapping and shooting remain the most effective control methods for squirrels, and to be effective they are required on a daily basis, not once or twice a year on an annual squirrel shoot.  This daily labour makes the task costly and therefore many woodland owners do not control squirrels in sufficient numbers to reduce their populations.  However, many keepers will undertake control as part of their daily tasks, which is hugely valuable to the shoot and to the health and prosperity of the woodland.

To some I may have painted a rosy picture of the mutual benefits of shooting and silviculture, but I would challenge anyone to contest these.  No doubt, there are individual occasions where one hinders the other, but as foresters we should look at the long term picture and remember what work the keeper has done/can do to benefit the woodland.  I suspect, if we think long and hard about those previous conflicts between keeper and forester most are probably as a result of clashes in personality as opposed to silvicultural differences.