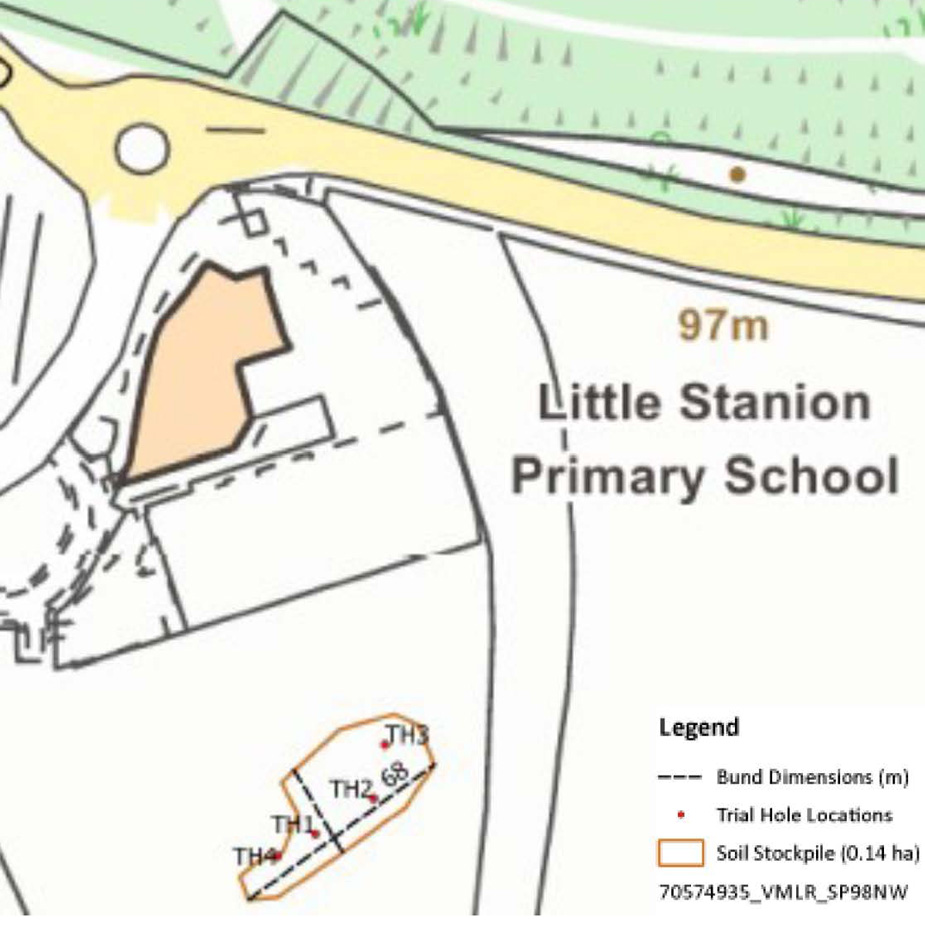 In the early stages of site clearance for a 1500 house development to the south of Corby, the construction company had stockpiled soils on the margin of the later phases. As the project progressed, they required soils to create formal landscaping areas such as greens and beds for ornamental planting. They were aware of the stockpiles but were concerned as to the quality of the material.

Lockhart Garratt confirmed the volume and scope for use, to avoid importation. Initial enquiries were made about the stripped land and it was confirmed it had not previously been quarried and had been in grazing / hay production for several decades. A field survey and lab analysis to BS 3882‐2015 was undertaken.

LG recommended amelioration with compost to increase the 3% organic matter for use in shrub beds. Nutrient content was within range for a multi‐purpose soil and stone content sufficiently low to allow use in regularly mown amenity swards. The plants present on the stockpile were identified so that the developer could anticipate future weed control requirements. LG’s advice allowed the soils to be re‐used cost effectively in the final landscaping scheme. 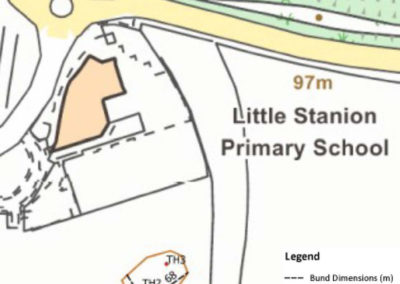 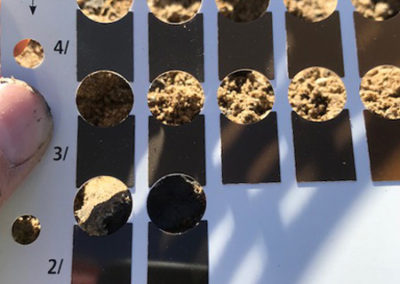 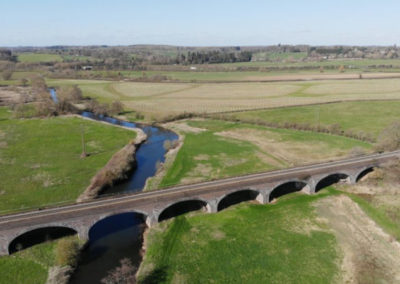