Lockhart Garratt (LG) was appointed by the University in 2016 to provide ecological support at nearby land with respect to the redevelopment of the site to provide a new building.  LG worked with the University to outline and implement a mitigation strategy with respect of badgers and great crested newts recorded at the site.  LG has worked closely with the site team, contractors and client providing advice at all stages and is involved in on-going ecology work at the site.  The badger mitigation work is outlined below.

Badger survey work was conducted by LG in 2016 which revealed a number of active setts in the vicinity of the site.  Initial activity surveys were conducted by LG with remote cameras set up at each sett in order to record activity levels at setts.  This was followed by a bait marking exercise to establish the limits of the badger social group(s) and territories and to determine the number of clans associated with the setts identified.  Bait marking relies on the fact that badgers mark the boundaries of their territories with dung pits (or aggregations of dung pits known as latrines).  Bait marking involves the placement of harmless indigestible coloured markers in food (bait) at badger setts.  These pellets will be deposited in dung pits when badgers eat the bait.  Different coloured pellets are used at different setts.  Subsequent systematic searching at dung pits allows for the boundaries of adjacent badger social groups to be defined by the colour of the markers recorded in the dung pits.

The bait marking exercise undertaken by LG identified the setts within the vicinity of the site as belonging to the same badger social group.  The survey work was used to inform an appropriate mitigation plan with respect to the badgers on site.  This included the closure of one of the setts and the creation of a new replacement artificial sett (see below). The mitigation strategy implemented by LG also detailed additional measures to protect badgers during and post construction as well as the creation of new habitats and linkages. 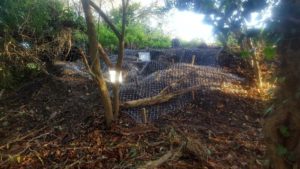 Badger sett closure – the single subsidiary sett which was closed comprised a single large chamber with 7 entrance holes (2 of which were active).

The closure of one of the setts located on site was required to facilitate site clearance and construction of the new building.  A licence application to interfere with a badger sett was made by LG and was granted by Natural England.  A 20m buffer zone was established around the sett to be closed and no construction works occurred within this area until the badger sett closure process was undertaken.  The initial stage of the badger sett closure included the installation of one-way badger gates and monitoring over a 21 day period.  One-way badger gates allow any badgers within the sett to escape but do not allow animals to re-enter.  Chain link was also installed across the sett to help to prevent digging by badgers at the sett.  Remote cameras were installed through the period to monitor any activity at the sett.

No activity was recorded at the sett during the 21 day monitoring period and the sett was subsequently carefully dug out under ecological supervision. 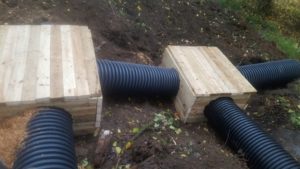 Badger sett creation – installation of two chambers which were installed at different levels to increase ventilation through sett and filled with a shallow layer of wood chippings.

A new artificial sett was created on the neighbouring land to compensate for the loss of the on-site sett.  The location for the new sett was carefully selected with respect to the survey data and offered good foraging opportunities for badgers in the surrounding habitat. 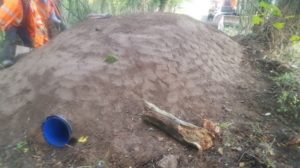 Badger sett creation within soil bund – the sett was carefully covered with soil once the chambers and tubes had been set in place. 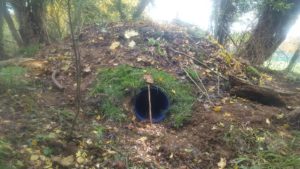 New Artificial Sett – Ongoing Monitoring and Use by Badgers

We are pleased to report that the ongoing monitoring has shown the sett to be occupied by the badgers. The sett appears to be in regular use by a number of individuals in the social group.

Video footage of badgers at the new artificial sett can be viewed here.  One of the entrance holes is visible to the bottom right hand side of the screen.

LG is currently continuing work with the University with respect to both great crested newts and badgers at the site.  Badger monitoring on site and at the new sett is on-going.  Great crested newts recorded on site are being protected through a separate mitigation strategy which is being implemented by LG under a Natural England Low Impact class licence. 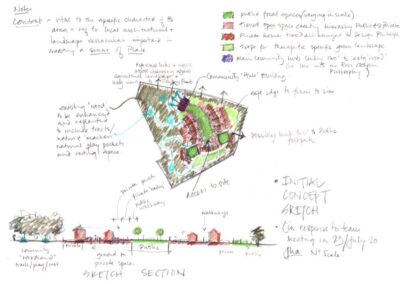 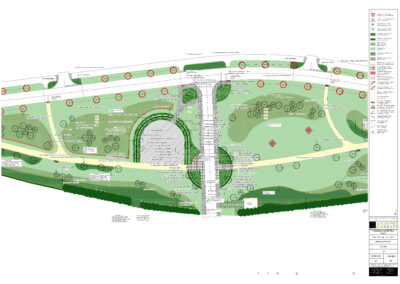 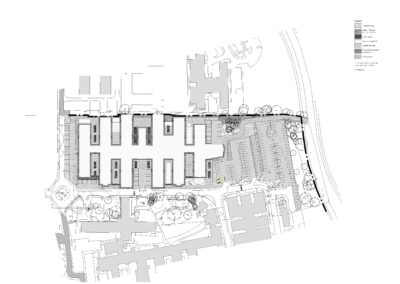