As an endangered species endemic to the British Isles, with concentrated pockets throughout England, Great Crested Newts (GCN) have long been a complicated consideration for developers across the UK. Under the present legislation all proposed developments on or near to known, GCN breeding ponds must first obtain a licence from Natural England before any work on the site can commence.

The process of obtaining a licence is frequently time consuming, taking on average 50 to 60 days excluding additional days required for delays, but it is also expensive due to the extensive amphibian fencing and labour required for trapping.

However, it appears that Natural England is starting to change its mind about the licensing process and this may help to reduce future project delays and costs.

In August last year Woking Borough Council released an article (found here) regarding a pilot project to be undertaken in Surrey to test new surveying approaches for GCN, with an overall aim to safeguard populations while reducing potential costs and timescales for developments by taking a more practical approach to licensing. 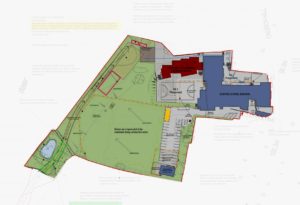 Evidence of the shift in approach towards GCN licensing in Natural England can be found in a case study published by Freeths in January this year, in which a licence was granted by Natural England for a development site that had GCN potentially present. Although GCN potential was low, the site was initially refused a licence by Natural England. However, the considered arguments and submissions were provided in a re-submission of the licence application, supported by Freeth’s and Natural England granted the licence for destructive searches and works were able to commence over the winter avoiding the significant delays that would have resulted from the traditional fencing and trapping approach.

Lockhart Garratt (LG) has also secured a number of positive outcomes from Natural England for our clients over the last year. One of our most recent successes relates to a Primary School scheme in Northamptonshire. After initially identifying the presence of great crested newts, LG worked closely with the project team to advise on the likely timing implications, and ensure that the design proposals minimised significant impacts upon important GCN habitat. By taking this practical, proactive approach, based upon an in-depth understanding of GCN ecology, Natural England have consented to works within five metres of a known GCN breeding site without the requirement for extensive amphibian fencing, or a prolonged period of labour intensive pitfall trapping. The level of engagement with Natural England also enabled any outstanding licencing issues to be resolved over the phone, resulting in a licence being issued ahead of the expected deadline.

This engaged approach has saved the scheme both time and money, with a proportion of the money saved to be reinvested in the creation of enhanced area for pupils to learn about ecology and other wildlife.

We look forward to the future changes that may result from Natural England’s review and welcome opportunities to share these new developments with our clients as they progress.

If you would like to discuss the above article in further detail please contact James Whiteford orJames Hildreth on 01536 408840.