A Foresters view on BREXIT 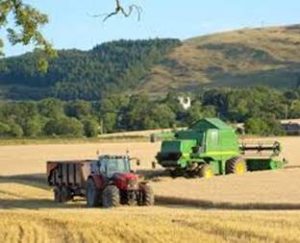 It could be argued that, if forestry was considered as a stand-alone industry, it may well benefit from a successful ‘Leave’ vote on 23 June. The prolonged uncertainty that would ensue and the need to re-establish trade agreements would devalue the pound, making domestic timber a very competitive option. There is also a good chance that George Osborne will continue to support woodland owners and forestry business to a greater or lesser extent because of the public good it provides.

The trouble is forestry cannot be seen as a stand-alone industry. In the majority of cases, it forms a small component of a diverse and complex land portfolio, dominated by agriculture and, more importantly, dominated by European subsidies. I could fill up this whole blog with stats but here’s just one of particular interest:

Are these EU subsidies needed? They are right now; with the price of cereals on the floor, subsidies make up more than 50% of a farmer’s income. Without it, most farms would not be viable and it is likely that a BREXIT would lead to farmers having to survive without it. This would almost certainly lead to fewer but bigger enterprises.

It is a well-known fact that the Treasury would not support farmers to anywhere near the extent that CAP is doing through the current Basic Payment Scheme, as there will be plenty of other sectors calling for redirected funds too and, without the support of Germany and France (which have huge influence on current EU budgets), the UK rural economy’s voice would not seem quite so loud. 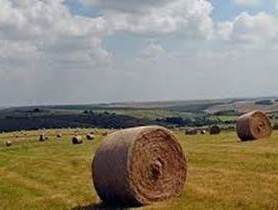 The immigration argument doesn’t necessarily benefit the agricultural sector either as the migrant labour market forms a very important role for a number of our clients who also run large-scale vegetable operations in Nottinghamshire, Lincolnshire and the Vale of Evesham.

So far, it would be hard to argue for any farmer to vote ‘Leave’, but there are some who are considering it, particularly if you take into account the longer view of where subsidies may head beyond 2020 and what possibilities there might lay ahead should we have less regulation and greater control of our destiny. Owen Paterson (ex-Agricultural Minister) is one such person.

Whatever happens on 23 June, farmers will still need to ensure that they can adapt to change and look at opportunities for further diversification, of which forestry can be a key element.